Professor Sir Michael Marmot is Professor of Epidemiology at University College London, Director of the UCL Institute of Health Equity, and Past President of the World Medical Association.

He is the author of The Health Gap: the challenge of an unequal world (Bloomsbury: 2015) and Status Syndrome: how your place on the social gradient directly affects your health (Bloomsbury: 2004).  Professor Marmot holds the Harvard Lown Professorship for 2014-2017 and is the recipient of the Prince Mahidol Award for Public Health 2015. He has been awarded honorary doctorates from 20 universities.  In 2021 Professor Marmot received BMJ's Outstanding Contribution to Health award.

Professor Marmot has led research groups on health inequalities for over 40 years. He chaired:

At the request of the British Government, he conducted the Strategic Review of Health Inequalities in England, which published its report 'Fair Society, Healthy Lives' in February 2010. This was followed by the 'European Review of Social Determinants of Health and the Health Divide', for WHO Euro in 2014.

In February 2020, Professor Marmot launched the ‘Marmot Review 10 Years On’, which serves as an update to the ‘Fair Society, Healthy Lives’ review. In December 2020 he published 'Build Back Fairer: The COVID 19 Marmot Review', a three fold report that aimed to:

Professor Marmot also  chaired the Breast Screening Review for the NHS National Cancer Action Team and was a member of The Lancet-University of Oslo Commission on Global Governance for Health.  He set up and led a number of longitudinal cohort studies on the social gradient in health in the UCL Department of Epidemiology & Public Health (where he was head of department for 25 years): the Whitehall II Studies of British Civil Servants, investigating explanations for the striking inverse social gradient in morbidity and mortality; the English Longitudinal Study of Ageing (ELSA), and several international research efforts on the social determinants of health. 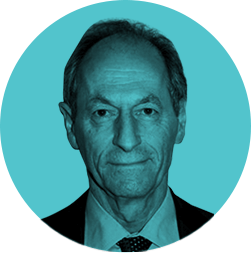 In 2015 Professor Sir Michael Marmot was awarded the Prince Mahidol Award for his services to Public Health. The award included a generous financial prize, kindly donated by Professor Sir Marmot to the UCL Institute of Health Equity, to fund a number of research fellowships designed to help develop the next cadre of researchers working in the area of inequalities in health, whilst building strategic global links between UCL and other institutions worldwide. Read more about  PMF award and how to apply .

In 2016 Michael delivered the acclaimed 2016 Boyer Lecture series, Fair Australia: Social Justice and the Health Gap  (click the link to listen back).

In 2019 Michael received WHO Director-General's Health Leaders recognition to celebrate his long-standing work on health inequalities, as well as his engagement in several international research efforts on the determinants of health.

In 2021 Michael and the UCL IHE  are involved in WHO's Special Initiative for Action on Social Determinants of Heath for Advancing Equity.