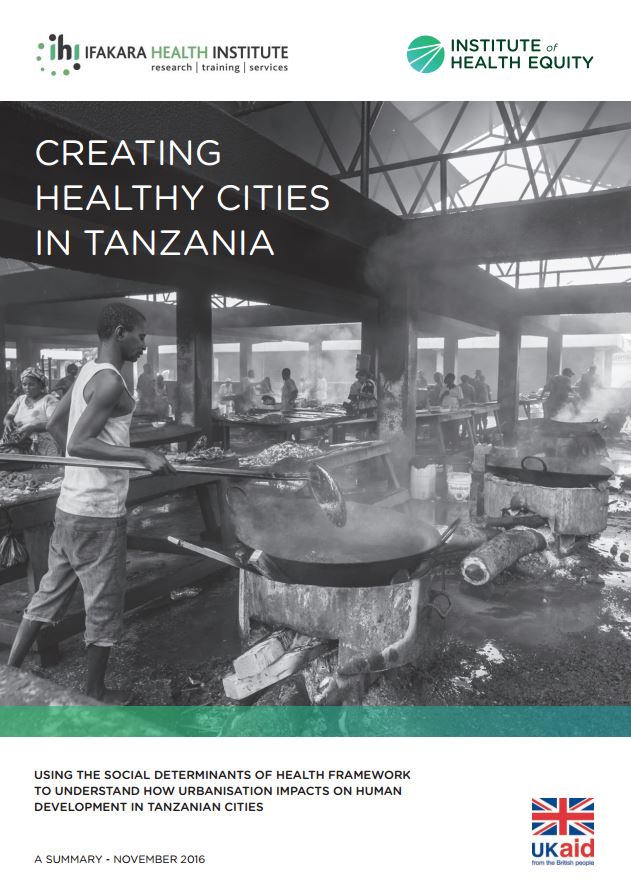 Creating Healthy Cities in Tanzania: using the SDoH framework to understand how urbanisation impacts on human development in Tanzanian cities

This report was written by Sara Thomas, Dr Angela Donkin and Dr Ruth Bell from the UCL Institute of Health Equity. In addition some of the research and analysis were conducted by Gemma Todd, Eveline Geubbels, Masuma Mamdani and Francis Levira from The Ifakara Health Institute.

Population health and the distribution of health outcomes are key measures of how well a society is doing.

Tanzania has made significant strides in improving the health of its population, which has resulted in an increase in average life expectancy from 51 years in 2002 to 62 years in 2012. However, these improvements have beenseen disproportionately in rural areas, where life expectancy has increased by 13 years, compared with a three-year increase in urban areas.

The report looks at number of topics, including:

- Why focus on urban areas?
- Is there an urban advantage?
- Using the SDH framework for Tanzanian cities